The next week, the Governor signed the bill into law, extending the deadline for voters to choose their party registration from October 11, 2019 to February 14, 2020. CRDC's letter to the Governor received coverage in multiple news outlets.

On September 16, 2019. the Chelsea Reform Democratic Club's Executive Committee sent a letter to Governor Cuomo urging him to sign two critical, time-sensitive bills into law. Here is the letter: 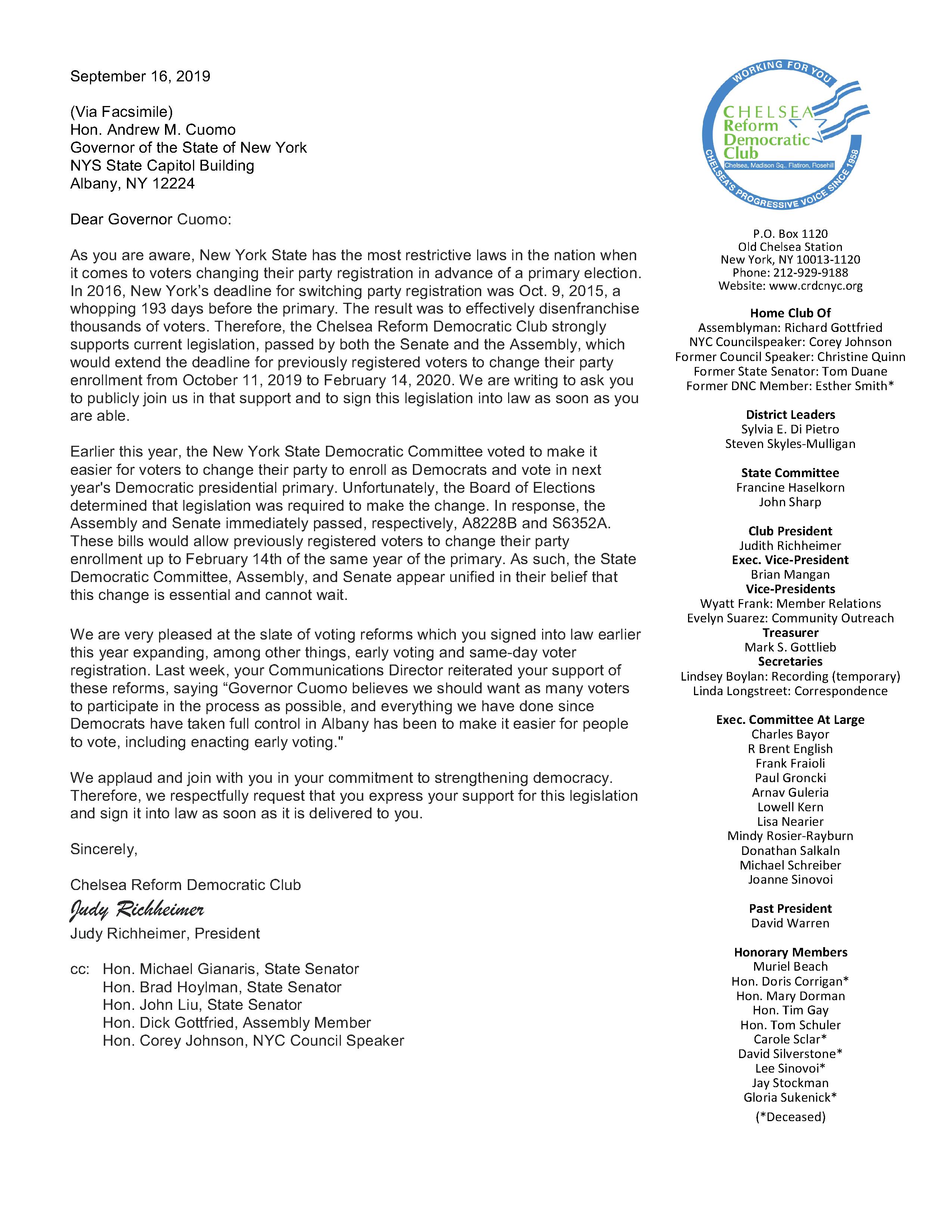 A few days later, the New York Daily News ran an article on the issue and cited the letter, quoting CRDC's Executive VP Brian Mangan on the issue (we were overshadowed by the Bernie Sanders campaign, who sent a similar letter to the Governor a couple of days after CRDC did).

The next week, the Governor signed the bill. State Senator Gianaris praised the signing of the bill into law.

“It is important for New York to maximize its influence in the presidential nominating process and this bill does just that,” Gianaris said. “The selected date will increase our state’s allotment of delegates based on party rules.” The date will entitle New York Democrats to an additional delegate bonus of 25 percent at their nominating convention for a total of 327 delegates. While Cuomo signed Gianaris’ bill, he urged lawmakers to take up a bill consolidating the state, local and congressional primaries with the presidential primary when they return to legislative session in January."

The Daily News reported on the signing of the bill, and cited CRDC's letter to the Governor again.

"Though the Sanders campaign may have felt the biggest negative effects from the old rules, the early registration deadline also kept some high-profile Trump voters from casting their 2016 primary ballots: Ivanka and Eric Trump couldn’t vote for their father because they didn’t switch from Independent to Republican in time.

Advocates who’d long been pushing for the change said the new bill was an important step. “New York is fairer and more democratic today than it was yesterday,” said Brian Mangan, Vice President of the Chelsea Reform Democratic Club."

As pointed out in CRDC's letter, prior to the signing of the bill, New York had the most restrictive deadline in the Nation when it came to participation in primary elections. The below image comes from a FiveThirtyEight article published in 2016: 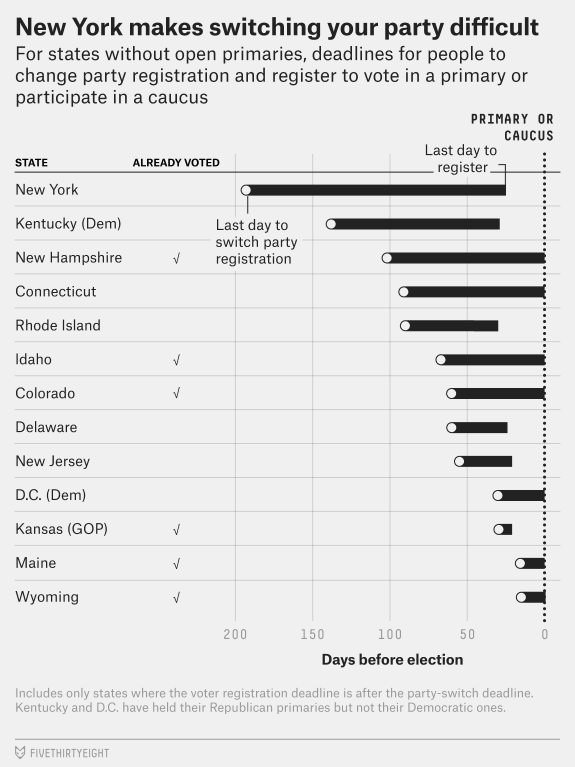 The extension of this deadline to February 14, 2020 will enfranchise tens of thousands of voters who would otherwise have been locked out of the primaries. We are thrilled that New York is fairer and more Democratic than ever. We would like to thank our neighbors the Hells Kitchen Democratic Club and the Village Independent Democrats for signing on in support of this letter as well.