Last week, Congressman John Lewis, one of the last surviving trailblazers of the civil rights movement, died at age 80.  At age 23, Lewis was the youngest person to address the great March on Washington in 1963.  Two years later, he was brutally beaten during the march for voting rights in Selma, Alabama, suffering a fractured skull.  At Lewis’ last appearance commemorating that event, he said, “We were beaten, we were tear-gassed. I thought I was going to die on this bridge.”  But Lewis did not die on that bridge and was eventually elected to the U.S. House of Representatives, where he served with distinction for 30 years.  In the wake of the mass shooting at Orlando’s Pulse nightclub in 2016, Lewis led a sit-in on the floor of the House to force action on gun violence.

Lewis kept fighting, constantly reminding young people, “When you see something that is not right, not fair, not just, you have a moral obligation to do something, to say something.'"  As fierce and persistent an advocate as Lewis could be, he was also tremendously open-hearted and committed to the idea of non-violence.  In 2009, a reformed KKK member who had beaten Lewis four decades earlier came to ask for his forgiveness; it was given.  Lewis said of the incident, “It’s in keeping with the philosophy of nonviolence. That’s what the movement was always about, to have the capacity to forgive and move toward reconciliation.”

The Black Lives Matter movement reminds us that we still have a long march to reach that reconciliation.  Republican leaders in Washington and around the country are overlooking, winking at, or actively encouraging both hidden and overt acts of racism.  Why they are so committed to a world view that is immoral and unjust was perhaps described most succinctly by Lyndon B. Johnson:  "If you can convince the lowest white man he's better than the best colored man, he won't notice you're picking his pocket. Hell, give him somebody to look down on, and he'll empty his pockets for you."

John Lewis’ death, coming at this particular time in our history, underlines that working towards true racial equality is the single most important thing progressives can do.  Without that, all of our other efforts are doomed to fall short.  As long as the full measure of life, liberty and the pursuit of happiness is withheld from some of us, none of us can claim it.

In reflecting on his near-death experience in Selma in 1965, Lewis wrote, “We cannot give up now. We cannot give in.  We must keep the faith, keep our eyes on the prize.”

If you missed our Conversations on Black Lives Matter program last week, you can now view it here. Overall, this was an excellent program where many important conversations were had. Thank you once again to Charles Khan, Luana Green, Janella Hinds, and Eric Adams for all the work you have done and continue to do and for all that you shared with us. These conversations will continue. 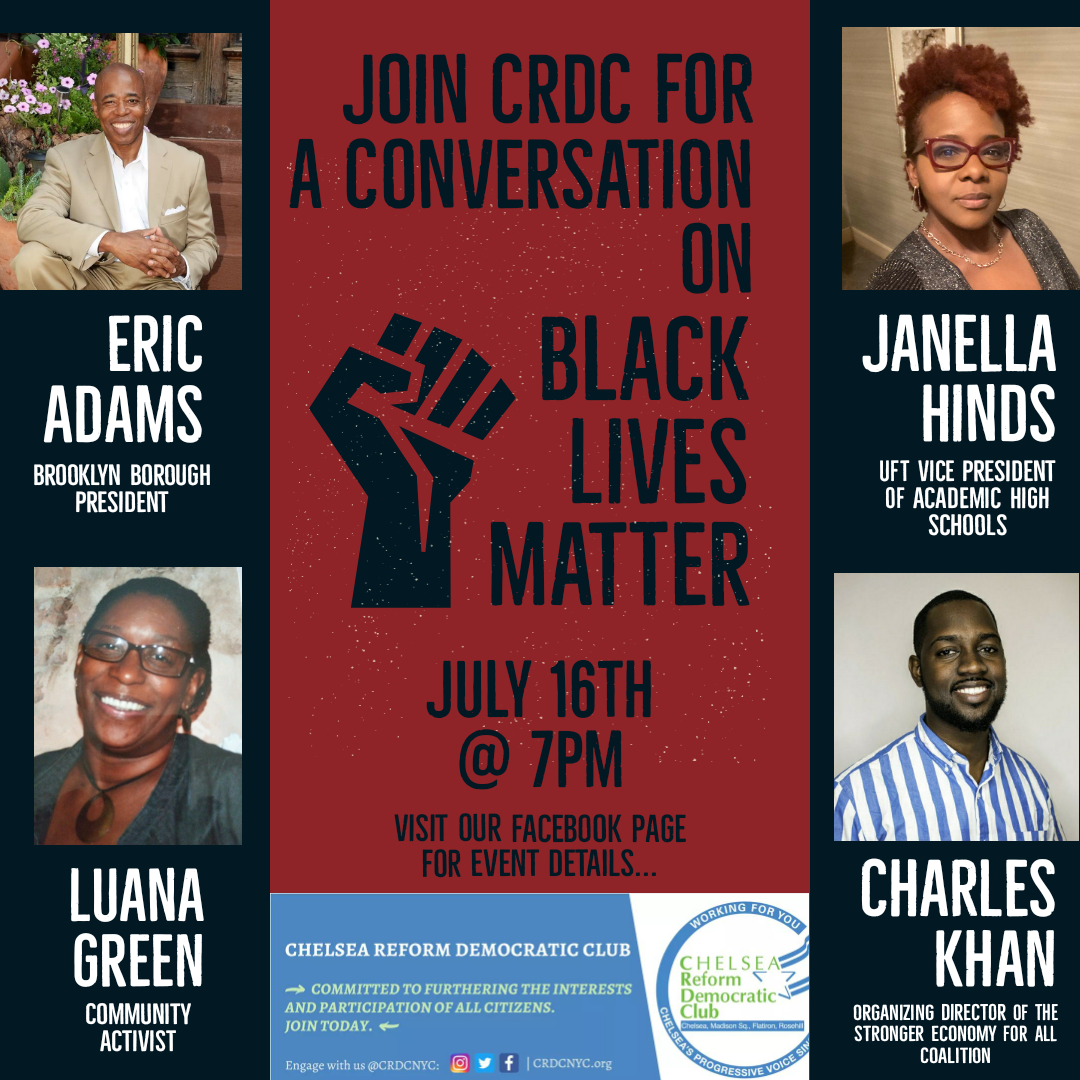 The horrifying and senseless death of George Floyd while in the custody of Minneapolis police has thrown the United States into a state of grief and turmoil.  Racism is a stain on our humanity, and good people must gather peacefully together to resist and repel it.  We must see and hear each other; and we must work together to rewrite the rules so that everyone, with no exceptions, can live without fear, care for their families, have their voices heard, and their rights respected.

If you are looking for ways to participate and/or support, a number of organizations and resources are listed here.

"In a racist society, it is not enough to be non-racist.  We must be anti-racist."  - Angela Davis